Don’t let them say
“I didn’t see him”
For even when I’m broken,
No longer more than
A Ghost
I was not invisible

Don’t let them say
“I didn’t see him”
When shattered,
I lay bleeding out
In a ditch
I was there

The long winter and the long time since the last race left me, and surely most of my fellow racers, uncertain at the start of Calvin’s.  The familiarity of the race soon returned though, as the hiss of tires being inflated filled the parking lot and coolers began lining the bus circle.

The wind was already strong at the start of the race and promised only to get stronger as the day went on. After catching up with a few friends I hadn’t seen since the year before, I started working my way to the start of the race, pushing through the big blob of riders. I was next to Jay Yost, second place last year, and a good friend. With about five minutes to the start, I realized that I didn’t have my timing chip on my helmet. I rushed back to my car, hoping I hadn’t left it at the hotel, found it, slapped it on my helmet, and made it back to the start before the race got underway, though I did lose my position near the front.

END_OF_DOCUMENT_TOKEN_TO_BE_REPLACED

My rides often wander into the hinterlands of Michigan, the place between the coasts, unpopulated expanses where one hand can count the cars that pass in an hour and a hundred miles can pass between stoplights. Out here, the world moves at the pace of your thoughts. Nothing but a rough patch of road exists to wrench you from whatever reality you choose to enter. Into your head you spiral, plucking stray musings and absorbing sensations from the world around you.

My goal on long rides — or any other ride — is the cessation of time and distance. I seek a consciousness where progression becomes measured in experiences — fording a flooded road, passing through a dying town, waving to a little boy playing in his yard, smelling another rotting raccoon carcass. In this world, the next marker isn’t inexorable, ticking time or passing miles, but is rather something unpredictable and maybe trivial. Something that gains the same significance we adhere to time precisely because I’ve given up concerns about time.

Entering this experiential mindset is one of the joys of riding long. Knowing the only thing I need to do is eat, drink, and pedal — and not get run over — for the next six or more hours allows me to escape the bombardments of life: digital devices that, unlike a book, crave attention and aren’t satisfied to wait idly until I return; a thesis; cleaning; and everything else that consumes sacred moments of consciousness. I am able to look down the road and see corn lolling in the breeze rather than remembering the remnants of the rice that I managed to yet again boil over glued to the stovetop. The time until I can take care of such things is far enough away at the beginning of a ride that there’s no point in thinking about it. Near the end of the ride, when life could potentially begin to intercede with my hazy thoughts, I’m reduced to primal urges — burritos, pizza, coffee — so normalcy doesn’t return until I’ve sated these needs, keeping the ride itself pure.

While any ride has the potential to become an experiential journey, leaving the bounds of the routine distances, the 60-, 80-, or even 100-milers, and riding long makes slipping free of the constraints of measured progress easier. Aside from knowing the ride is going to last all day, the ride itself will carry you outside your routine routes, the places you ride before, after, or — on great days — during work. Being in a new place forces you to pay attention to where you are, which means you’ll notice the names of the roads you go by — many are amusing — and will be looking for landmarks to tell you you’re where you expected to be. Or not.

Along with fresh vistas, a long ride almost guarantees the unexpected. If you spend enough time on your bike in new places, weird things will happen. I’ve accidentally filled my Camelbak with lake water and spent the next six hours feeling burpy and nauseous. I’ve encountered the same section of road flooded two months apart, the second time noticing a permanent measuring stick for the depth of the water — don’t build your road through a marsh! I’ve seen a fire-fueled sunset over the desert in Josuha Tree that made the sun seem like a dragon spewing blood across the clouds. For each of these, I don’t know the GPS coordinates or the mile marker or my wattage, instead I recall the vivid experience, the sense of being there, absorbed and engaged in the world, in the essence of existence — sensation.

Trying To Be A Fountain

Fires burned through the tobacco fields, in my imagination. The smell was like the hand-rolled cigarettes my uncle used to smoke. I could feel the tar building up on my lungs, coating them, blackening them, leaving them the consistency of putrid yogurt. A bee sting on my inner thigh snapped me from my reverie, but the smell of damp, growing tobacco, something I had never seen before, lingered in the air. With scarcely more than two laps completed, I continued pedaling.

END_OF_DOCUMENT_TOKEN_TO_BE_REPLACED

The corn was taller this year, lurking at the edge of the softball fields surrounding the parking lot, where the hissing of bike pumps and the clicking of waddling cyclists announced the imminent start of a bike race. I was one of them, lubing my already dirty chain (I’ll clean it tomorrow), topping off my tire pressure to 120psi (wait, is that a slow leak?), and lugging my cooler full of bottles to the start line (“did hurt yourself carrying that thing?”, thanks Jay).

END_OF_DOCUMENT_TOKEN_TO_BE_REPLACED

RAAM is on my mind often. I’m hoping to take my first attempt at conquering the country in 2016, a year after I finish my PhD, which means I’ll have time to actually put in enough riding miles to (hopefully) make it across on my first go.

I also know from talking with those that have done it and reading blogs, books, and articles, and having done some shorter ultra races, that the mental aspect of the race is in many ways the hardest part. I always find small measures of encouragement, from crew antics to words of support online, a joy, even when I discover them after the race, and especially when they make me smile or laugh, like my dad texting me to “Drop the hammer on the pack” during N24HC this year at about 1am — there was neither a pack nor any hammers in my legs — but reading it during the rain break was great.

Other bits of encouragement can be built into the very race plan itself, which brings me to the greatest idea I had this week:

During my race, I’ll combine two things that I love more than most: riding my bicycle heinous amounts and eating tasty burritos!

The current RAAM route passes through 12 states. The plan will be to eat a burrito from each state, creating a diverse sampling. Some states might yield only a frozen convenience store burrito, but so be it, they’ll get marked down on my ranked list of state’s burrito quality. Each burrito eaten will be posted online along with a review from the road. Those last few burritos out east, where burritos quality tends to be lower, combined with beleaguered taste buds and a squishy brain will hopefully yield some good humor.

It might be the theme of the whole RAAM experience, where I can make a custom jersey along the lines of this 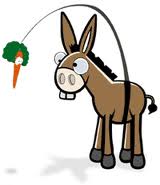 Only three years to go. I should probably start planning…

Make It So, Number One

“You must be Dave, I’m Collin,” I said to the red-kitted racer bearing #307 that flew by me as I exited the service road to the school for the first of 27 times over the next 24 hours.  Who was Dave? David Haase, three-time RAAM first American finisher, someone far more experienced in ultras than myself, and who I was hoping to simply hang on to for the race.

END_OF_DOCUMENT_TOKEN_TO_BE_REPLACED

The news broke today that the Metamora 4×50 will be the final UltraMidwest race. Dave Parker, the organizer, has had some health issues and the extra stress of running races is a bit too much. The decision is certainly the right one. There’s no need to jeopardize health for a bike race amongst friends (or among strangers even!).

I want to thank Dave, Lori, Joe, and all the volunteers that helped with the UltraMidwest races. I only managed to catch the last two years of the races series, 2012 and 2013, but they were really important for becoming ever more obsessed with ultracycling. The friendliness and encouraging competition made every race something I really looked forward to doing. Hopefully some new races will pop up in the Midwest to continue the ultra spirit.

We’ll all continue riding our bikes excessively and regaling tales of the ridiculous adventures that come with so much saddle time.

The only thing I won’t miss is that 15-mile stretch of road between Lost Nation and US-61 during Balltown. It seemed to stretch on forever!

Instead of the Weekend of Racing UltraMidwest 24-hour, I’ll be heading down to North Carolina for the Mid-Atlantic 24-hour. I’ll get to link up with a really good friend, so out of the bad news comes some good.

Waking my legs up for an early morning race is similar to waking my sister up when we were kids — violence and aggression are necessary. In much the same way that I would simply throw her on the floor to wake her up, I have to attack a hill to snap my legs out of their unfortunate slumber. At Balltown, like Calvin’s, my legs felt stiff and petulant for the first hour or two and only a real hard effort snapped them to life.

END_OF_DOCUMENT_TOKEN_TO_BE_REPLACED

Silence often hides in tailwinds, providing a respite from WHOOSH of air streaming past your ears. This past Saturday at Calvin’s Challenge, the road provided no reprieve from the aural assault of a strong wind. Even when ticking happily along at 30+mph with the tailwind, some flapping, spinning, whistling, or otherwise flailing feature of world inevitably found a way to remind me of the physical assault I’d face the next time I turned left. And so it was for the full 12 hours of the race. Murmurs during the post-race gorging placed the winds somewhere between 16 and 20mph with gusts up to 30mph; they certainly felt it.

END_OF_DOCUMENT_TOKEN_TO_BE_REPLACED

Collin Rides
Create a free website or blog at WordPress.com.